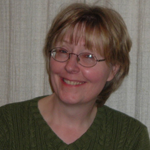 Hope someone here might be able to answer my question.

I'm just getting 'into' adding additional audio to my ProShow Web slideshows. And just to repeat - this is for ProShow Web. I've purchased ProShow Producer but am still in the learning stages so for now I'm using my ProShow Web to do my slideshows.

Today I found a website www.freesound.org and downloaded a 2 sec audio clip to use for the last slide of my show.

I converted the wav file into an MP3 using iTunes and then downloaded to my show.

My problem is this-

The clip (to the best of my knowledge) was not looped. It ran only 2 secs. in both http://www.freesound.org and in iTunes but when I downloaded it ProShow Web it was looped and would repeat over and over again. I tried 'building' my slideshow anyway and when I viewed it - my audio clip did not play at all.

Any ideas what went wrong and how I can fix this problem in the future. ( BTW - http://www.freesound.org has a lot of great sounds to use

Could you direct us to the specific audio clip itself ? Most sound effects are deemed as either loopable or not. Not sure what the specs are on the audio clip that you are using . My preference is to do something in "Web" first and then download to ProShow at this end where all of the modifications can be made. Links to your show and it's parts might help us grasp what you are attempting to do.

My ProShow Web slideshow you can view in My Gallery here: http://www.photodex.com/share/ethingtonb

I'm a Mac user so when I downloaded the audio clip it shows up in iTunes. The audio was not described as 'looped' in freesounds , and did not loop in the demo of it on freesounds. I played the audio clip in iTunes and it did not loop. I did convert the file from a wav file to a MP3 file in iTunes. Then I added the converted audio clip to ProShow Web . When I played it back in Pro Show Web's music section while putting together my show - I heard it loop. No loop in freesounds - no loop in iTunes but playing it in ProShow Web - it looped. I didn't intentionally loop the audio and did not want it to loop - I just wanted the 2 second audio clip.

I built my show anyway, thinking perhaps it wouldn't matter.

Everything worked out except my 2 second audio clip from freesounds.org did not play. I used the song Howl at Tha Moon provided by ProShow Web and then added the 2 second audio clip to play next - which I was hoping would be the sound effect for a 'bomb blast' video clip that was the end of my slideshow.

And just to add - the MIB photo was a [url]wallpaper[/url] that I found on the web. The slidshow is for personal use only. I hesitated using the MIB photo but it's part of his wedding plans so I stuck my neck out and added that.

Any help would be appreciated about the audio clip.

ProShow should be able to read the wav file. I don't use a MAC but if you have a choice, try downloading the file to your computer without having to go through iTunes.

Since it's a sound effect, if you're looking to attach it to a particular slide, the way to do that is to insert it in slide, not the sound track area of the program. I don't know if ProShow Web has a way to do that. But the program installed on your computer can do that.

Double click on the slide where you want the sound to play to get to > Slide Options> look at lower left corner, click >Slide Sound> Browse (upper right quadrant of window)>find the file on your computer and insert.

If you follow the instructions as you're working on the show in the program on your computer, not in ProShow Web, you might get the results you're looking for.
Debbie
Photography http://deborah-green.com
Top

Debbie, what program were you talking about when you mentioned adding sound to a slide? That sounds like just what I need but I don't think my Mac has such a program. When I open an image it opens in Preview.

I do have Producer but I am still learning. Add to that... having to get used to Windows and how it uses folders has slowed me down a lot.

It just seemed odd that my audio clip was just the way I wanted it until I downloaded it into Pro Show Web - it was only then that it looped - not in freesound.org as I said and not in iTunes but in Pro Show Web. Of course that doesn't matter because ProShow Web didn't actually add the audio clip anyway. Maybe because it was looping is why.

I had a similar problem with a Christmas video that I did. I had a short video clip at the start of my show, along with an audio clip. It worked great, then came the photos with the slide effects and transitions. I added a MP3 that I found on the web for that and then at the very end I had a short audio clip of Santa Claus laughing.

Very thing came out great except - my MP3 song stopped short of it's ending and the Santa Claus audio clip never worked.

So it seems that ProShow Web gets a little 'grumpy' when I add audio clips.

I spoke to ProShow about my Christmas video and the person helping me made several suggestions, all of which I tried - rebuilding my show several times but it never worked the way I had hoped it would. I finally gave up and accepted the fact that 'it is what it is'.

I am so amazed and grateful for everyone here on ProShow Enthusiasts. Every time I ask a question I get an answer

Which is really something because that doesn't happen on a lot of other forums out there. So thank you everyone for being so helpful. I'm sure I'm going to be asking a lot of questions as I learn Producer. I'm glad to know that there is help out there

Debbie was talking about Producer!

And yes, it's exactly what you need. You'll get only just so far with ProShow Web and no further. Bite the bullet! Start learning Producer. The longer you wait, the longer it'll be before you can design a show that's precisely what you want.

Users browsing this forum: No registered users and 3 guests