A different type of challenge

This area is for member suggested challenges using ProShow Producer only. See top thread for challenge rules.
Post a reply
7 posts • Page 1 of 1 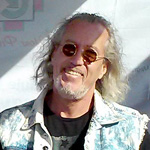 A different type of challenge

I ran this past Mike and he thought it was worth a go:

"I understand the idea of the challenges part of the forum, but since it seems to have dropped by the wayside for a while I wonder if you might consider a different use for it.

As an example, while working on my current show I created a slide with multiple layers and movements. I thought that the same effect MIGHT be accomplishable using modifiers and I wondered if presented as a challenge that someone might try it and show how it's done. Anyone who wonders of something is doable or doable differently might then be invited to offer a challenge."

So perhaps a "challenge" could be anything a forum member challenges other forum members to do? Here is the slide I put together. It has a bunch of baby pictures in sequence with a frame around it. The entire series rotates and zooms, with a mask around the border to stop the white backgrounds from showing through the narrow border.

Of course, this example may be a dead-end, but I think this angle may allow a challenge that isn't such a major project.
PSP 0.1
Kaypro 8086 4.77Mhz CPU, 728Kb memory, dual 5.25" high density floppies
Windows 1.0, Windows Paint
Kodak Pocket Instamatic 60 with Magicube
Model E-41 Ditto Machine
Top

Can't watch your show Mac. My browser got stuck. Don't know why.
The information on Photodex says that your show is only 1.8 MB (??), and yet it takes forever to buffer.
If it's not too much an effort for you, could you please get rid of the Photodex intro which is an unnecessary load, and upload the show again?


SORRY,
I take it back! I did succeed in seeing your show with Google Chrome.
So, now, I can tell you that unless I'm missing something in your example, I don't see any need for modifiers.
Duplicate layer is easy enough a technique to use for this one.
You only have one frame, one mask, and several pictures that get inserted as layers at different timings.
You only need to adjust the zooms in your pictures a bit, and that's all there is to it.

Now, if you would want to take the whole thing (frame, mask and pictures) and move them around the screen, and zoom on all of them suddenly, and then move again, then zoom again, then that's a different story.
I would like to learn to do that too, by using modifiers.
Mona W.
SeeMona's Blog - Slide Styles, Transitions & Templates
Top

As I understand it, we did have some challenges with a theme surrounding a feature - at least once that I can remember, which was masking. That worked out really well.

So the idea isn't exactly new but still a good one. I think the suggestion for a challenge of sorts regarding modifiers was mentioned a while back. But to me, the feature wasn't stable enough to bother with in the first 5 months to use it until it was fixed. Once it was fixed, shows created with modifiers in early versions no longer worked the same so shows played back differently in the later fixed revisions.

I'd love to see this too but only have snippets of time to play these days. Choosing to use modifiers in certain cases is like going out to the garage to my toolbox, digging through it to find a sledge hammer to pound a thumb tack into a cork board instead of simply using my thumb to push it into the board. In other cases, modifiers are the more practical tool and work really well to make some very cool displays but it takes time to grasp the functions and the concepts are not quite as user friendly as the rest of the program.

In other words, things can often be done in different ways. I'm all for working smarter, not harder. If someone discovers a better way to manage/understand/use the modifiers than the way they work now, I'm all for it.

In the case of your display, without testing something similar, I could be wrong but I don't think it needs modifiers or masks at all. This is overkill with the sledge hammer. Use a solid colored vignette border around the image instead.

Insert the image, apply the solid color vignette border
Set rotation in kf 1 at the negative number and at "0' for kf 2
Dupe the layer for the additional images to appear in the slide
Replace the images with different images
Set each successive layer to appear later in the slide by sliding the 1st key frame slid to the right.
Let the rotation play out automatically.

The complexity of the slide is in the layer key framing, not the rotation IMO. The key framing in this one isn't really that hard either. But it takes some hands on knowledge of the program.
Debbie
Photography http://deborah-green.com
Top

Use a solid colored vignette border around the image instead.

You and I often see alike. LOL We saw this in the same way except for the part about tossing out the mask. I was constructing my reply as you changed yours to add more info LOL Sorry I didn't catch that you had added to your response.

I tried the vignette angle, but I couldn't get the new vignetted layers to show up smoothly without exposing their new angles behind the slide in front of it because I also need to crossfade each successive layer. So I have five images that I need to smoothly rotate and zoom while fading into each new image, keeping the frame changes imperceptible. That's why I finally came up with the mask idea with the single frame. The single frame has one continuous zooming and rotating motion through the entire slide, while the edges and corners of each new picture won't reveal themselves as the old image changes to the new image. Of course, there still may be a better way (and Deb, I could have misunderstood yours) which I'm totally open for!

As far as modifiers go, I understand that some folks say that using modifiers, you can make one layer do a certain motion which is followed by other layers, meaning that you only have to set the motion once. I know that modifiers are not NECESSARY, and they may not even be EASIER, but I thought if their use was possible and someone was interested in trying, then it would be a learning process nevertheless.
PSP 0.1
Kaypro 8086 4.77Mhz CPU, 728Kb memory, dual 5.25" high density floppies
Windows 1.0, Windows Paint
Kodak Pocket Instamatic 60 with Magicube
Model E-41 Ditto Machine
Top

I see your point about the frame/vignette in this case. You're absolutely right, it would blur in the same way as the child's face at every introduction of new layer if it were part of each new image. If the mask was just one other duped layer but with the same rotation setting from beginning to end, that might work without bothering to use the modifier still.
Debbie
Photography http://deborah-green.com
Top
Post a reply
7 posts • Page 1 of 1

Users browsing this forum: No registered users and 1 guest